Since 2008, UNDP had been supporting the Constituent Assembly/Legislature-Parliament (CA/LP) in its task of participatory constitution-building, through the Support to Participatory Constitution-Building in Nepal (SPCBN) project. After promulgation of the Constitution of Nepal, the SPCBN project was transformed into the more comprehensive Parliament Support Project (PSP), geared to provide general support to the Federal Parliament (FP) and Provincial Assemblies (PAs) in order to strengthen their role as law-making oversight bodies that are representative of the people. The project also focuses on supporting the Parliaments in assuming a pro-active role with respect to early and full recovery and equitable development. Furthermore, support to constitutional transition remains one of the core activities of the project in the initial phase of the implementation of the new Constitution. The overall objective of the project is to strengthen the FP and PAs as institutions that can respond to the needs and concerns of all citizens including marginalized groups, and foster implementation of the Constitution.

The project has four major outputs:

1.      Enhance the capacity of Federal Parliament and Provincial Assemblies to be effective and participatory;

2.      Enhance the capacity of the Parliamentary Secretariats to be capable and innovative in their support to Members of Parliament (MPs)/Members of Provincial Assemblies (MPAs) and committees;

3.      Enhance the capacity of the Federal Parliament and Provincial Assemblies to be open, interactive and accountable to citizens;

In acknowledgment of the importance of the Parliament’s role, UNDP launched the Parliament Support Project (PSP) on 1 September 2015.

The project seeks to provide more general support to the FP and PAs in order to fortify their role as law/policy-making oversight bodie that are representative of the people. The project puts emphasis on creating opportunities for marginalized groups and women, among others, to participate in parliamentary affairs in the spirit of inclusiveness. Furthermore, the project supports the Parliaments in responding to the current challenges in implementing the new Constitution.

By broadening the focus to be more comprehensive, the project can contribute to institution-building at a crucial point in Nepal’s history and promptly react and adapt depending on the evolvement of the context and provide support to the Parliament, and in particular the FP and PA-Secretariats, according to their priority needs. It aims to empower the FP and PA-Secretariats to effectively assume their role of bolstering the Parliaments. Whenever appropriate and possible, the project works through the FP and PA-Secretariats for sustainable results. The project interacts with the Parliament/Assemblies in a consistent, future-oriented way and aims to build on the vast experience and expertise of working with the CA, its members and Secretariat, as well as the extensive experience of UNDP in responding to crises and supporting Parliaments elsewhere.

With the FP-Secretariat as its main counterpart, the project’s clear focus on institution-building provides embedded sustainability; the emphasis on emerging provincial assemblies, meanwhile, includes a scaling-up perspective; the work with the different committees of the Parliament/Assemblies contributes to policy-development and dialogue; and explicit attention paid to inclusive participation helps to target activities in line with UNDAF’s underscoring of people-centric approaches. 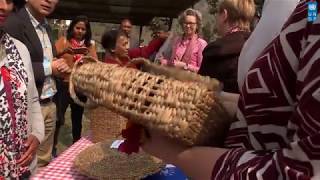 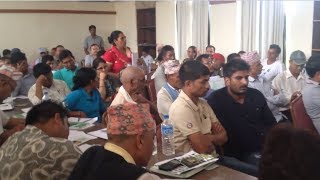 The Federalism Debate in Nepal

A Parliamentary Handbook: Parliament's Role in Implementing the SDGs

Marginalized Communities in the New Constitution