The Community Based Flood and Glacial Lake Outburst Risk Reduction Project (CFGORRP) is a joint undertaking of the Government of Nepal, Global Environment Facility (GEF) and UNDP. The project is being implemented by the Department of Hydrology and Meteorology (DHM) under the Ministry of Population and Environment (MoPE) as the lead implementing agency.

The objective of CFGORRP is to reduce human and material losses from Glacier Lake Outburst Flooding (GLOF) in Solukhumbu district and catastrophic flooding events in the Terai and Churia Range. For achieving this objective, the Project has been streamlined into two main components. Component I (GLOF) is specifically aligned towards reducing GLOF risks arising from Imja Lake and Component II (Flood) aims to reduce human and material losses from recurrent flooding events in the four flood prone districts of Terai. Approximately 96,562 vulnerable people will directly benefit from this project.

Nepal is among the countries most vulnerable to the impacts of climate change. The average temperature is increasing at an annual rate of about 0.04° C and the trend is even higher in the mountainous regions. This is contributing to glacial retreat and expansion of lakes, thereby increasing GLOF risk. Nepal has witnessed 24 GLOF events till date.

Out of 1,466 glacial lakes in the country, 21 have been identified as potentially dangerous, of which six have been placed in the high-risk category, such as Lake Imja in Solukhumbu district. Located at an altitude of 5,010 masl, Imja was identified as a small supra lake during the 1960s. A study undertaken in 2014 revealed the lake covered an area of 1.28 sq. km, at a depth of 148.9 meters, and holding 75.2 million cubic meters of water—thereby posing a serious threat to people living downstream.

Another visible trend in recent years has been the rising magnitude and frequency of concentrated rainfall, a phenomenon that is especially evident in the Churia region. Fragile geology, deforestation/degradation of the Churia hills, compounded by concentrated rainfall, is known to cause flash floods and massive sediment transport in Churia-originating rivers, leading to severe flooding, inundation and loss of life and property in downstream communities. 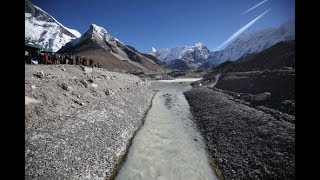 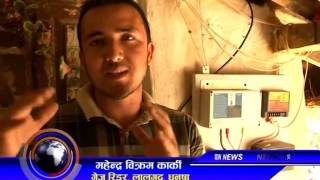 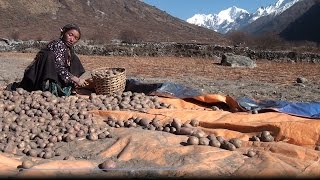